What is the London Gold Fix? 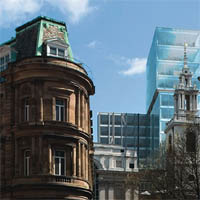 Also known simply as the “Gold Fix”, this is how the price of gold is determined. This is a regular meeting, and one that used to take place in the City of London, at the headquarters of N M Rothschild and Sons.

There were several people involved with this meeting and with the “fixing”, but when N M Rothschild and Sons sold their place on the board to the Barclays Bank in 2004, the location shifted and the fixing began to take place during a conference call.

As of 2016, all of the following are members of the Gold Fix:

The Early Days of the London Gold Fix

This operation began in the early 20th century, when prominent gold dealers got together to set a price for gold in London and the United Kingdom, with an alternative price already been set in New York. There were five members back then, but none of these exist today, with N M Rothschild and Sons being the last to leave the group in 2004.

How The Price is Determined

Although it may sound a little chaotic and random, the price of gold is based on a number of complex factors, including the number of large orders that the main banks (all of which are members of the Gold Fix) have in their possession. A number of simulations are also run, and the process is quite complicated.

The group meets twice a day during business days — the times are set at 10:30am and 3:00pm — although there is an exception for New Year’s Eve and Christmas Eve, when they only meet once per day. The price is set in three different currencies, USD, GBP and EUR, covering the broad range of trades that take place on the London Bullion Market.

There has been some speculation in the past concerning illegal price fixing, and in 2015 such an allegation was made by a number of Canadian investors, who were claiming over $1 billion in damages. However, nothing has come of this or any other allegations that have been made, and most investors are content with the way that these markets are set and the way that the gold price is determined.

It would seem to be in the best interests of the banks (the members of the Gold Fix) to increase the value of gold and to profit from manipulating it. However, as we mentioned above, this is a not a random fixing, and they don’t just pluck a number out of midair. In many ways, the markets set the price themselves. If demand is up and more people are buying, then the price of gold will increase. If they are down, and more people are selling, then it will decrease. The job of the fixers is just to determine when one of these events is taking place, and because they have access to the biggest investors, they are able to do this better than anyone.

Of course, there will always be doubts about the legitimacy and fairness of things like this, but whenever you put so much power into the hands of so few, you’re going to raise some suspicion and there may also be some greedy individuals who take advantage of that. However, the Gold Fix has been in place for nearly 100 years, and there have been no real issues to date. You can look hereafter at gold price evolution over the last 10 years (courtesy of GoldBroker):