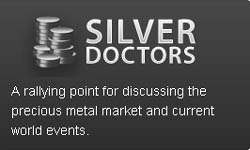 One of the best things about SD Bullion is the fact that it still has the feel of a small, independent dealer, even though it has grown beyond that. Its customer support is attentive, dedicated and professional. They’re always on the ball, which can’t be said for many of the other “big” dealers out there. We just hope that this attention to detail remains as SD Bullion continues to grow.

SD Bullion also has a fantastic selection of silver, with bullion coins from the biggest mints, as well as a number of rare and collectible coins from lesser-known mints. These are all reasonably priced as well, even if you’re ordering in limited quantities. SD Bullion also have an attractive stock of silver bars, although the emphasis is definitely on coins, and this is where they excel.

As well as legal tender coins, SD Bullion also sell rounds, which are basically the same thing, but without the legal tender status. These are usually a cost effective way to buy bulk silver, and there are some beautiful pieces available, including limited edition rounds from small refineries across the US.

SD Bullion caters to survivalists and doomsday preppers, two vastly expanding demographics, and ones that are always looking to stock up on silver. Simply put, they want to prepare for the worst possible scenario, namely the collapse of the government and of global economies, and they see silver and precious metals as a great way to do that. SD Bullion caters for them with their spot price bullion, but it also offers other survival gear, including all of the following:

Conclusion of our SD Bullion review

SD Bullion is not the best bullion site out there, and it hasn’t been around for as long as some of its competitors either. They don’t have a huge selection of gold or platinum, and while they do have a section for copper, there is very little in it. However, when it comes to silver, you will be hard-pressed to find anything better. SD Bullion match and beat most of their rivals when it comes to silver coins and bars, and they also have one of the largest selections.

If you’re a silver stacker seeking to add to your collection, and if you’re based in North America, SD Bullion is brilliant. If you’re looking for gold or other precious metals, or you’re based overseas, you might be better off with a service like BullionVault or GoldBroker.